A dead dog helped convict a man of child sex abuse. Then the black lab was found alive. 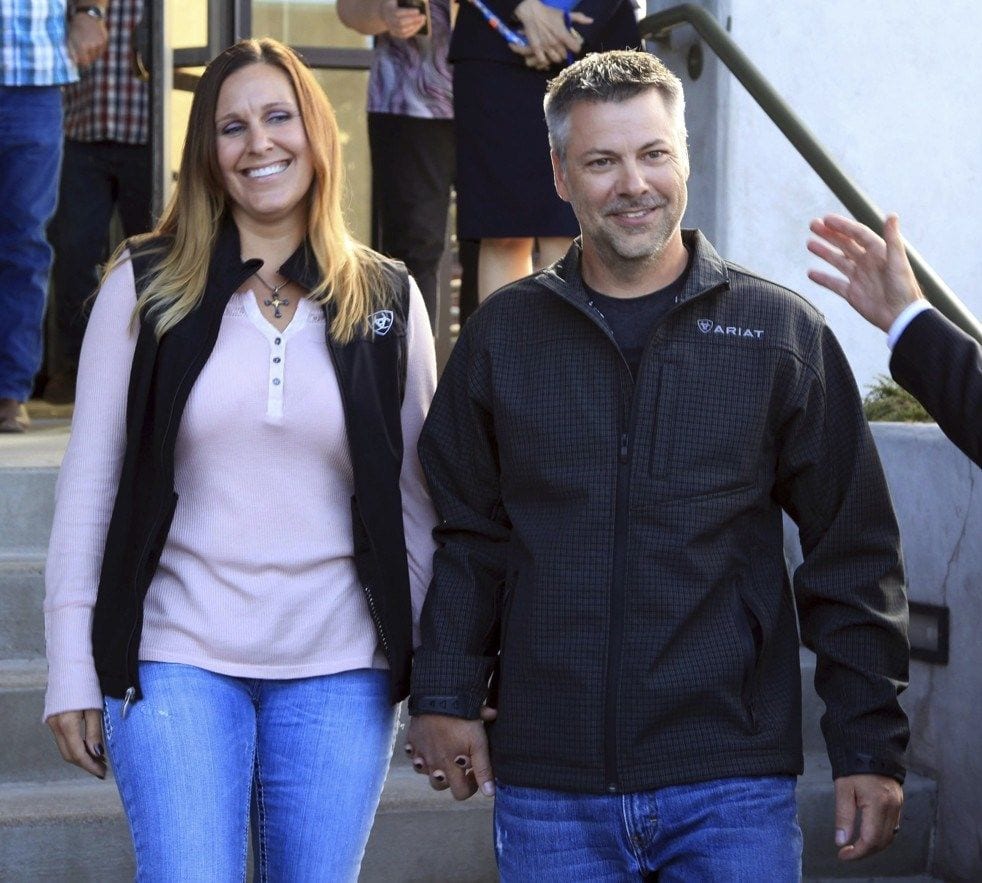 The testimony pouring out of the witness was grim, as disturbing as anything a criminal jury could be tasked to absorb. In an Oregon courtroom in March 2017 a daughter was accusing her own father of sexual abuse.

Between 2006 and 2013, the witness told the court, her father, Joshua Horner, had groped her breasts and vagina on multiple occasions. She was 5 when the abuse started, the same age as when her parents divorced, the witness said. Throughout the years, Horner also allegedly penetrated her with a Ken doll, gun and pencil, and forced her to watch pornography as well. The witness only opened up about the heinous acts in 2014, she testified, in part because her father had sealed her silence with threats to her family and pets if she talked, she said.

“What would he threaten to do with your animals?” the prosecutor asked.

“Kill them,” the witness replied, according to transcripts filed with the Oregon Court of Appeals. “He followed through with it.”

“What do you mean he followed through with it?” the prosecutor said.

“He shot my dog Lucy right in front of me,” the witness answered. “He was just trying to touch me again and I really had enough of it and Lucy had to pay for it.”

At the defense table, Horner was sinking deeper into a surreal nightmare. A plumber from Redmond, Ore., a small town set between the Willamette and Ochoco national forests 15 miles north of Bend, the 41-year-old steadfastly maintained his innocence. His daughter’s words were the only evidence in the case, setting up a tragic he-said-she-said with his own flesh and blood.

But the story about Lucy was also pure fantasy, Horner would later maintain. The dog hadn’t been shot. She was not even dead. Horner had given Lucy away himself.

The jury, however, never heard more about the dog. In April 2017, Horner was found guilty of criminal charges related to the alleged abuse, including first-degree sexual abuse, sodomy and unlawful sexual penetration. He was handed a 50-year sentence.

Six months later, stranded in state prison, Horner contacted the Oregon Innocence Project. The organization’s legal director, Steve Wax, carefully eyed the file. Red flags were sticking out of the case, weak spots that could topple the conviction given the right legal wrecking ball. But Wax knew the story about Lucy was something outside the usual rhetorical arena of motions and arguments. This was simple and clear-cut: Was the dog alive or not?

“In doing this work, especially in a case where you have no other witnesses and no forensic evidence, you try to find something objective prosecutors and the judge can look at,” Wax said this week in an interview with The Washington Post. “This was one objective thing.”

In the end, the hunt for the missing black lab would prove to be the key to securing Horner’s innocence. On Monday, prosecutors dropped the case against the defendant. Deschutes County District Attorney John Hummel personally apologized to Horner, who had spent 17 months in prison.

The ordeal highlights the legal minefield child sex-abuse cases present. “These cases are very difficult as a general proposition,” Wax told The Post. “We just need to be cautious as a society.”

When Horner contacted the Oregon Innocence Project, the organization had yet to obtain an exoneration for any of its clients. Started in 2014, the group was a relatively new outfit in the constellation of similarly geared state-based organizations working on behalf of the wrongfully convicted. However, Wax is a distinguished courtroom veteran. He served as Oregon’s federal public defender from 1983 to 2014. Previously, at the district attorney’s office in Brooklyn, Wax had been involved in the prosecution of David Berkowitz, the “Son of Sam” serial killer.

A number of issues jumped out to the attorney. First, the timing of the accusations was questionable, Wax told The Post. Horner’s daughter — who has not been publicly identified in court documents — was living with her mother at the time she revealed the abuse. She saw her father, who lived with his new girlfriend, Kelli, regularly. They spent July 4, 2014, together, taking a boat out together, court filings state.

Later that same summer, Horner’s daughter and his ex-wife got into an argument over the girl’s chores, according to a court filing. The mother told her daughter she was going to send her to live with her father every other week. The girl then told her mother about the abuse and the threats to keep her quiet.

But the allegations arrived as the family dynamic was about to change. “The allegation that the complainant made was made the same week she learned Mr. Horner was going to remarry,” Wax said. The accuser admitted in court she did not like Horner’s new wife, and Wax said the daughter had made an assault allegation against the new wife as well. However, local police investigated that claim and found it was baseless.

There was also an indication that the jury at Horner’s trial was not entirely convinced by the state’s case. Oregon is only one of two states that allow jurors to deliver non-unanimous guilty verdicts in non-homicide felony cases. In all but one of the criminal charges of which Horner was convicted, the jury was split.

Eventually, the legal push for Horner’s innocence would run on two tracks.

He filed an appeal last April. The accuser’s testimony at the trial, particularly on the defense’s cross-examination, had been foggy. She was “inconsistent, combative” and displayed “a frequent inability to recall” details of the alleged crimes, the court filing argued. 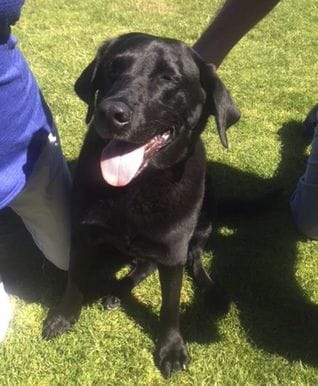 A state expert testified the witness’s memory problems may have been due to post-traumatic stress disorder (PTSD). But the defense was not allowed at trial to present their own expert testimony challenging the PTSD explanation.

On July 26, an Oregon Court of Appeals judge agreed with Horner, reversing the conviction and rerouting it back to the local court. He was granted a conditional release in early August.

Prosecutors, however, could still refile criminal charges against him.

That left the second track: the search for Lucy.

Horner explained to his lawyers from the Oregon Innocence Project that he had given the dog away years earlier. The black lab — a non-purebred with distinctive long ears — had been escaping from Horner’s property, slipping into the neighbor’s yard to kill his chickens. Horner decided to give the pup away when she was about 2 years old, handing her over to a man who lived nearby. But Horner only knew the first name of Lucy’s new owner — Fred. His trial attorney had been unable to track down the dog for court.

However, Horner did point his new attorneys to someone who might know more, a local veterinarian who had treated the dog her whole life. The vet confirmed that she was familiar with the dog, and that Lucy was now living with Fred. Eventually, the investigators learned Fred’s full name — Fred Kromen. But they still could not locate the owner or the pup.

Without Lucy, Wax and his team approached Hummel, the district attorney, with their concerns about the conviction. Rather than throwing up his defenses, Hummel agreed to work with the organization. He assigned an investigator to work alongside an Oregon Innocence Project volunteer named Lisa Christon. Together they redoubled the search for Lucy.

Finally, they tracked down Fred Kromen in Gearhart, Ore., a town four and a half hours away on the Pacific Coast. The dog — distinctive long-ears and all — was there, alive and well.

“She was drinking a bowl of water and sitting in the shade underneath a porch. We played with her. Petted her,” Christon told the Associated Press. “It was wonderful.”

Lucy represented a clear sign Horner’s accuser had lied. Prosecutors immediately tried to contact the witness. She failed to show to a scheduled meeting in August, then disappeared. On Sept. 5, Hummel’s office learned the young woman had appeared at her mother’s house outside Redmond.

“My investigator immediately jumped in his car and sped to the home,” the district attorney wrote in a motion to dismiss filed this week. “As he pulled up the driveway he saw the named victim sitting on the front porch. He parked his car but when he got out she was already sprinting down the driveway and disappeared in the distance.”

With the accuser refusing to help, Hummel stepped forward on Monday to signal his office would not refile charges against Horner.

“While I cannot say with certainty that Mr. Horner did not sexually abuse the named victim, I can say I am not convinced by a preponderance of the evidence that is now available that he did, and I am certainly not convinced beyond a reasonable doubt,” the district attorney wrote in his motion.

“This is a day I wasn’t sure I’d see,” Horner told reporters outside the courthouse Monday, standing beside his wife, Kelli.

“He’s incredibly relieved, but you can imagine the despair,” Wax told The Post this week. “This is someone who has never been in trouble with the law, and he was thrown into a prison system here where people who are convicted of child sex offenses are not well received.”

This is a classic example of how "false allegations" of a "she said" result automatically in charges and most of them in convictions.

The cause was also classic. A father had met a new partner, there was an ex wife and a daughter who made unbelievable allegations that the police believed. However, at the same time, the allegation by the young female against the father's new female wife, were NOT believed.

The modern trend for a lack of corroboration is the primary cause in these falsely convicted cases.