By Wendy GillisCrime Reporter
The investigators working the case of missing boy Jermaine Mann had amassed “little bits of evidence” over the years, through upwards of 400 interviews.

They knew that Jermaine and his father were somewhere in the northeastern United States. They knew the missing boy had grown up, graduated college, even had a loose idea of where he’d gone to school. 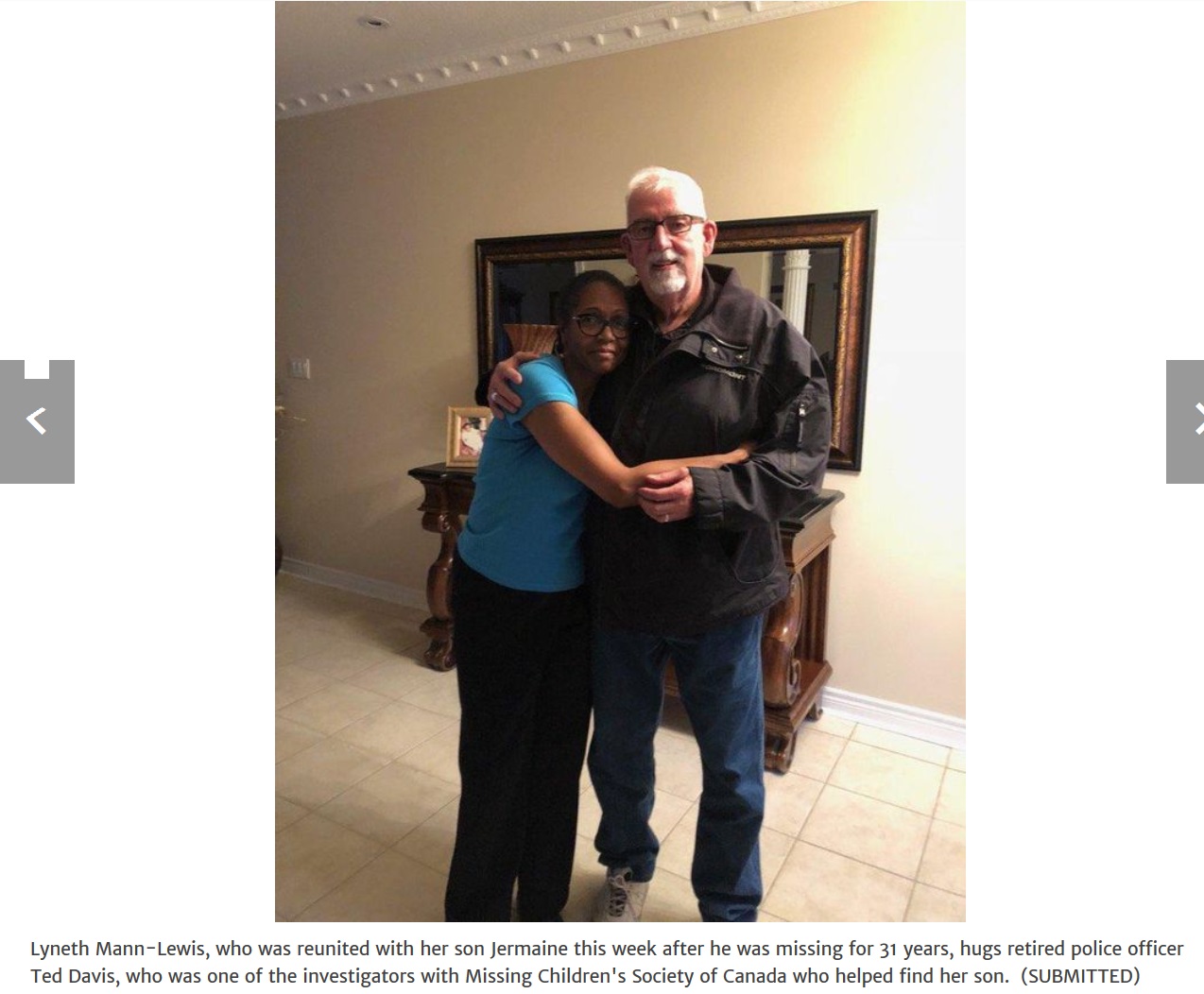 But Ted Davis — the retired police officer whose “unrelenting resolve” was credited in Jermaine’s stunning reunion with his mother this week after 31 years apart — said that, until recently, that just hadn’t been enough.

“We had no names,” Davis said in an interview from his home in Calgary on Tuesday. “We were looking for a needle in a hay stack, and this was a really, really big hay stack.”

Jermaine’s case file with the Missing Children’s Society of Canada (MCSC) was opened in 1987, two days after the 21-month-old toddler went missing during a court-ordered visit with his father in Toronto. Over the years, it was probed by police and the missing children’s organization, and Davis and a team of three fellow MCSC investigators took carriage starting in 2003. Retired from the Calgary Police Service, Davis has been working with MCSC for the past 28 years.

As revealed by law enforcement agencies over the weekend, police at last zeroed in on Allan Mann Jr., now 66, in a small community outside Hartford, Conn., last week. Police allege Mann abducted Jermaine, fled illegally to the U.S., then both assumed aliases, which included obtaining a false Texas birth certificate for Jermaine.

Police say Jermaine had been told his mother was dead.

‘Your son is alive, we’ve found him’: Brampton mom reunites with son 31 years after father allegedly stole him, took him to the U.S.

Mann Jr. is being held in U.S. custody on charges including making false statements, and he will be extradited to Canada and charged with abduction, and faces up to 10 years in jail if convicted.

As Mann Jr. was held in jail, Lyneth Mann-Lewis flew down to reunite with her son, now 33.