A Kenora justice of the peace accused of making racist remarks in court about Indigenous people will avoid facing a discipline hearing by retiring.

As the Star first reported last year, Justice of the Peace Robert McNally was the subject of complaints to the Justices of the Peace Review Council over an exchange he had in bail court with lawyer Shannon McDunnough, who is Mi’kmaq. 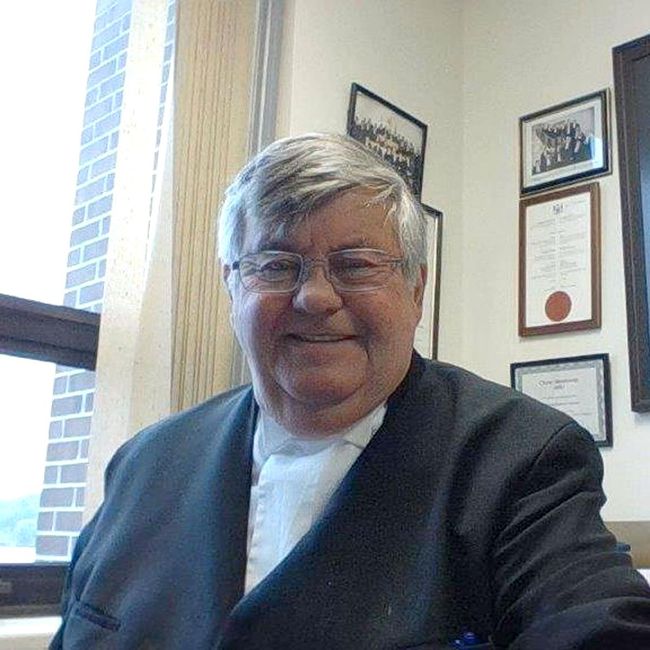 According to a court transcript, Justice of the Peace Robert McNally joked about an Indigenous lawyer’s ancestors having “scalped” someone.  (Facebook)

According to a court transcript, McNally joked about the fact nobody knew who British comedian Benny Hill was, and when McDunnough replied that she did know who he was, McNally responded: “Your ancestors probably scalped him or something.”

McNally, who has not been hearing cases since October 2017 but continues to be paid, was set to face a public discipline hearing in Toronto beginning Jan. 22, 2019, before a three-member panel composed of a provincial court judge, a justice of the peace and a community member.

But the hearing panel was informed last week that McNally would be retiring effective Jan. 3.

“When the retirement takes effect, this proceeding will come to an end because the review council and the hearing panel will cease to have jurisdiction over His Worship McNally, who will no longer be a justice of the peace,” says a Nov. 1 ruling from the hearing panel.

“The hearing panel directs the registrar to cancel the scheduled hearing dates upon receipt of confirmation that His Worship’s retirement has taken effect.”

Should McNally decide not to retire on Jan. 3, his discipline hearing will proceed as scheduled, the panel said.

The Star tried to contact McNally’s lawyer Sunday, but did not receive a response.

Justices of the peace, who earn about $132,000 a year, are appointed by the provincial government. Dressed in black robes and green sashes, they conduct bail hearings, sign off on search warrants and preside over trials in provincial offences court, which deals with non-criminal matters. McNally was appointed by the NDP government in 1993.

“Racially or culturally inappropriate comments have no place in the courtroom from any of the justice participants,” association president Michael Lacy told the Star Sunday.

“The council would have been in a position to send a clear message that such conduct will not be tolerated. Understanding that the council has no jurisdiction to deal with the matter if he resigns, it is a very unsatisfactory end to a very concerning matter. But at least he will not be presiding going forward.”

McNally also responded to an unidentified male in a different bail court proceeding in August 2017 with: “I’m keeping my mouth shut on that one. That’s some kind of a Indigenous thing?” according to a transcript.

“You made comments that appeared to reflect preconceived notions about First Nations persons and that could be perceived as racist, ridiculing or mocking toward First Nations persons in a manner that suggests cultural insensitivity,” said the notice of hearing from the review council, laying out the allegations of judicial misconduct against McNally, which have not been proven.

The vast majority of individuals in Kenora bail court are Indigenous, according to a joint complaint from Nishnawbe-Aski Legal Services, McDunnough’s employer, and Grand Council Treaty No. 3, which represents 28 First Nation communities in northwestern Ontario and Manitoba.

“The nature of the comment (to McDunnough) is such that the only appropriate remedy is his removal from judicial office,” said the joint complaint.

In its notice of hearing, the review council also accused McNally of acting in a manner that was “rude, dismissive, confrontational, condescending, impatient and sarcastic” in a number of other cases, including allegedly making “inappropriate and gratuitous comments” to a female lawyer, “including a comment that appeared to demonstrate sexism.”

the least suitable most dangerous people, get appointed as JP's.

They often are strictly limited in what functions they can perform. For example without a legal background they are practically useless hearing any criminal matter.

They rub shoulders every day with police who tell them what warrants they want issued, and

make a host of local political decisions to assist the Crown and Police who are generally invariably viewed as "good guys" who would never do anything wrong.

Ottawa in particular is a cess pool of nasty personalities headed by a psychopath Justice Squires.

to protect criminals especially police officers and lawyers or even judges who engage in criminal conduct that often falls under "obstruction of justice" and "fabrication of evidence.

Never ever expect justice in Ontario and if you have the misfortune of having to attend a Justice of the Peace, just remember that they make politically correct decisions and not legal decisions.