Kyle Unger spent 14 years in a B.C. prison for the 1990 sexual assault and killing of Brigitte Grenier in Manitoba. He was acquitted in 2009. (CBC)

A lawsuit filed by a B.C. man who was acquitted of a teenage girl's murder after spending 14 years in jail for her slaying has been settled out of court.

Kyle Unger filed suit in 2011 for $14.5 million against the RCMP and a number of federal and provincial justice officials including former Manitoba Crown prosecutor George Dangerfield, who was responsible for three other murder convictions that were eventually overturned.

A spokesperson for Manitoba's justice department confirmed Monday afternoon that an out-of-court settlement had been reached.

"He's waited a long time to try and put this in the past," said Calgary lawyer Gavin Wolch, who was one of the lawyers who worked on the case.

"The one message that I hope he receives loudly and clearly from the process and from everybody or anybody who reads about it or listens to it or sees it somewhere is that he is unequivocally innocent. He is as innocent of this crime today as he was the day he was born and hopefully that is recognized and that's recognition that he can feel."

Unger spent 14 years behind bars in B.C. for the high-profile 1990 sexual assault and killing of Brigitte Grenier in Roseisle, Man. Another man, Timothy Houlahan, was also convicted in the murder. Houlahan died by suicide in 1994 while waiting for a new trial. Unger smiles as he talks to media outside a Winnipeg courthouse in this file photo. He served 14 years in prison before being formally acquitted of first-degree murder. (John Woods/Canadian Press)

Unger was acquitted in 2009 after former federal justice minister Rob Nicholson ruled there was a reasonable likelihood he had been wrongfully convicted.

Caitlin MacGregor, press secretary for Manitoba Justice Minister Cliff Cullen, responded to an email request for an interview with the minister by saying, "The terms of this agreement are confidential."

Calgary-based lawyer Greg Rodin, who led the civil suit, was not immediately available for comment.

Unger claimed he had killed Grenier while speaking to undercover police officers who were pretending to be gang members looking to recruit him.

The officers were part of a "Mr. Big" sting and told Unger he had to prove he had committed a serious crime if he wanted to join them in their lucrative lifestyle. Unger got key facts wrong about the killing but it was still used against him. He later told reporters he'd lied because he was young, naive and desperate for money.

A three-day hearing in Manitoba civil court regarding the lawsuit was supposed to start Monday but instead was adjourned. Wolch said Unger's lawyers were still planning on being in court up until "late stages." George Dangerfield has retired from his role as a Manitoba Justice Crown lawyer. (CBC)

Wolch, whose late father Hersh Wolch represented Unger before his 2009 acquittal, said while the settlement is great news, it doesn't mark the end for Unger.

"Notwithstanding this step, it's not magically over for him. He lives with what he went through and how he was branded and he'll live with that forever. It's not just magically going to end with the case."

​​Dangerfield ​is the now-retired Crown prosecutor behind four high-profile murder convictions that were later quashed. His lawyer did not immediately respond to an email requesting comment.

The most recent case ​involved Winnipeg man ​Frank Ostrowski​, who had a 1987 murder conviction set aside by Manitoba's Court of Appeal​ last year.

The federal and provincial attorney general's office and the RCMP had filed statements of defence in the case saying they acted in good faith and should not be held liable for the wrongful murder conviction.

They argued Unger was to blame for repeat confessions he made to undercover officers.

The RCMP and federal Justice Minister David Lametti were not immediately available for comment. 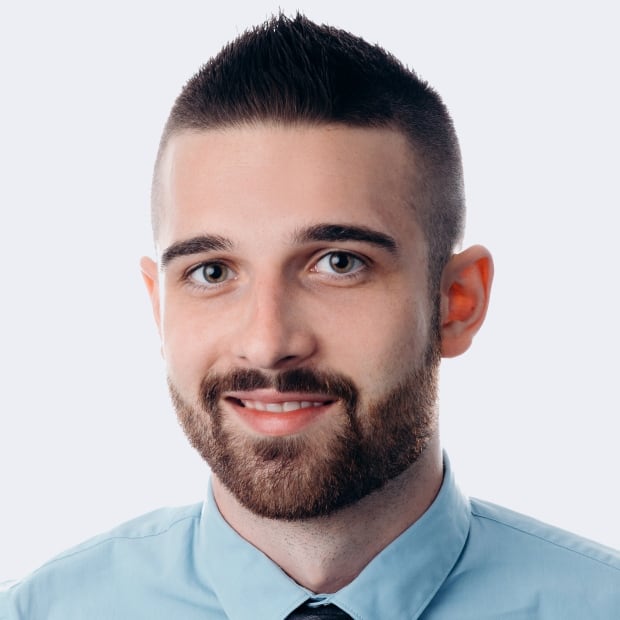 ​Austin Grabish started reporting when he was young, landing his first byline when he was just 18. He joined CBC in 2016 after freelancing for several outlets. ​​In 2018, he was part of a team of CBC journalists who won the Ron Laidlaw Award for the corporation's extensive digital coverage on asylum seekers crossing into Canada. Email: austin.grabish@cbc.ca