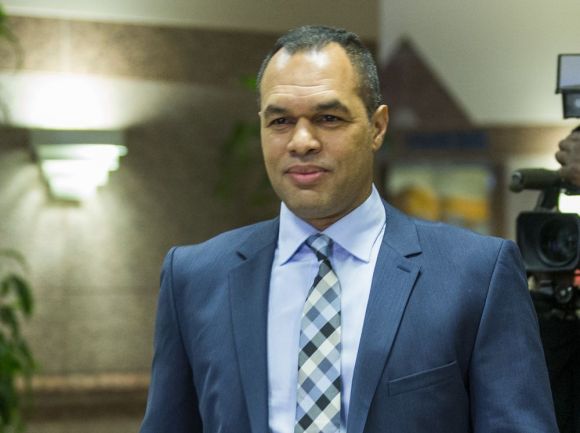 Ottawa’s new police chief is set to be announced Monday, with sources saying it’s expected that Peter Sloly, a former deputy chief from Toronto, will be named as the city’s newest top cop.

During his time in Toronto, Sloly, 53, was hailed as a charismatic progressive policing leader, but was also feared by some in traditional policing circles as a leader who favoured too much change.

Sloly resigned in 2016 as deputy chief from the Toronto Police Service and retired from a 27-year policing career before working as a partner in audit and consulting firm Deloitte’s risk advisory practice as a “national security and justice leader.”

Sloly will be Ottawa’s first police chief of colour.

Sloly’s name has been circulating as a leading candidate in the competition for Ottawa chief since the national search began in June. Former chief Charles Bordeleau retired in May. Sloly was shortlisted among four other applicants, and bested Steve Bell, one of Ottawa’s deputy chiefs who had been serving as interim chief since Bordeleau’s retirement. Bell was expected to stay in that role until the end of the month.

Sloly has never worked for the Ottawa Police Service in any capacity and left policing abruptly after a failed bid to be chief in Toronto. He made headlines for criticizing Toronto’s police budget and questioning the public’s trust in policing.

He has advocated for a policing model that is less reactive and less about costly law enforcement, instead focusing on the underlying social issues that lead to crime.

In a TedxToronto talk, Sloly said he decided to apply for chief in Toronto because it was a “once-in-a-lifetime opportunity” to change policing at the country’s largest force.

“I really believe and passionately want to serve and protect the most vulnerable, victimized, marginalized people in society,” he said.

In that talk, he said he decided to leave policing and go to the private sector to try to change things from the outside.

“Policing needs to change,” he said, citing the need for advancements in how cops work and serve their communities, changes to how they mentally equip themselves to go to work and much-needed changes to police financing.

In addition to his career in Toronto, Sloly was a command officer during two tours of duty with the United Nations Peacekeeping Mission in Kosovo in 2001 and 2002.

Sloly is an Officer of the Order of Merit of the Police Forces, has received the United Nations Peacekeeping medal, the Canadian Peacekeeping Medal, the Police Exemplary Service Medal and the Queen’s Jubilee Medal for public service.

He was born in Jamaica before moving to Canada at 10 years old. He is a former Canadian national soccer player, has a master’s degree in business administration and is married with children.

The Ottawa Police Services Board chief announcement is scheduled to occur on Monday at 10 a.m. at city hall.