By Josh Robertson and Heidi Davoren 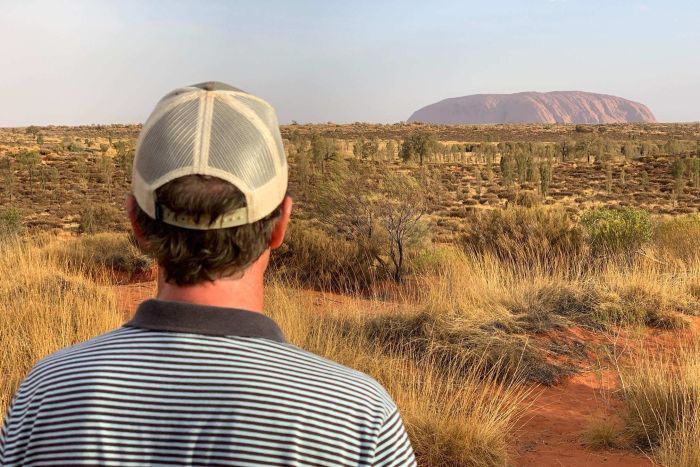 PHOTO: John Archer was wrongly labelled a "psychopath" in a Family Court report and lost contact with his only son. (Supplied: Robb Shaw-Velzen)

The family court-ordered report into John Archer's* custody dispute over his son was deemed so incendiary that the court would not allow Mr Archer to read it alone.

A counsellor was tasked with watching the father for warning signs, as he read the report in which a court-appointed expert had labelled him "psychopathic".

The psychologist wrote there was a risk Mr Archer could become so "depressed and angry" about having his "personality style exposed" that he could kill himself — or his only son Sammy.

"It was just extraordinary," Mr Archer says on reflection.

"You know when somebody is close to the mark, if you're honest with yourself, but there was no resemblance to reality in almost anything [the psychologist] said in 200 pages."

The report landed like a meteor amid the Archer family dispute.

Mr Archer was stripped of custody of nine-year-old Sammy.

Sammy went from living with his father every other week to seeing him only under what the psychologist said should be "the strictest supervision".

PHOTO: John Archer says there is not enough scrutiny of family court report writers and the secrecy laws protect the system rather than the children. (Supplied)

Eventually Mr Archer lost all contact with the boy after he relocated overseas with his mother.

There was another problem with the psychologist's devastating findings about Mr Archer — they were bogus.

The psychologist, who can only be identified as Dr M for legal reasons, knew that Mr Archer could not be diagnosed as a psychopath.

Dr M knew he did not have the data, the clinical evidence or the training to make that observation.

As one of the so-called "Gods of the court", Dr M also knew the judge would likely rely heavily on his report because it would ordinarily be the only expert evidence.

It would take seven years for Dr M to be banned from the Family Court after last month being found guilty of professional misconduct in the WA State Administrative Tribunal.

Mr Archer's case highlights what the Australian Law Reform Commission (ALRC) this year found were systemic problems with the Family Court, including oversight of its powerful expert witnesses.

But the Morrison Government has delayed acting on those recommended reforms, instead setting up another parliamentary inquiry into the Family Court and controversially appointing Pauline Hanson as its co-chair.

"I can't take any civil action against this guy.

"There's nothing I can do ... so for them to want even less scrutiny when what they're doing is one of the most important activities you could imagine — which is determining the future life of a child — I just find that beyond extraordinary."

'I really do love both my parents'

The Family Court of Western Australia at the time recognised there were problems with the Archer family report.

The court heard a psychologist found Mr Archer was "intellectual, opinionated and distrusting of the process" but there was "no evidence he was a psychopath or dangerous".

Mr Archer wanted a new single expert witness and the original trial judge agreed another one "may... have to be appointed".

But the judge died.

The next judge, concerned about prolonging a case that was distressing Sammy, opted instead for a panel of experts that included Dr M.

The judge said it was "glaringly obvious" the report had been "coloured by the animosity" between Dr M and Mr Archer.

"Unfortunately, it is an understatement to say that [Mr Archer] and Dr [M] did not hit it off," she said.

Mr Archer says it was "really clear why the psychologist didn't like me. I didn't want him appointed ... and he was just upset that I had appealed his appointment".

He says in recordings of Dr M's interview with Sammy, the boy says: "I really do love both my parents ... I'm fine spending time with both parents."

But the Independent Children's Lawyer told the court the boy said he was happy to go to Europe with his mother. 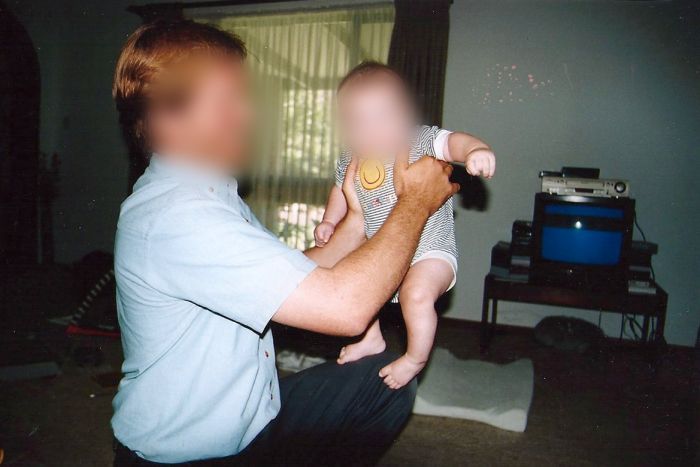 On appeal, the full Family Court of Australia found Dr M's report was "not entirely discredited".

It found the trial judge only relied on parts the other experts supported and "many of these were adverse to the father".

Earlier, Mr Archer had argued in court Dr M had proved himself "beyond any reasonable doubt, not to be a single expert witness".

"That's your view," the judge replied.

Both AHPRA and the WA State Administrative Tribunal now agrees with Mr Archer that Dr M's misconduct was serious enough that he should be banned from the court subject to a review next year.

There was even concern the flawed report would be used to deny Mr Archer access to Sammy after he and his mother left Australia.

In March 2015, three of the psychologists on the panel signed a joint "Statement for [a European] Court" in which they strongly criticise Dr M's report.

"We refute the allegation that the father is in any way psychopathic," it says.

"We now have substantial evidence about the father and all of this suggests that he is an intelligent and caring person with no history at all of violence ... it is essential for [Sammy] to maintain a relationship with his father."

Before the break-up reached the Family Court, Sammy's mother had taken him on a holiday to her home country, later telling Mr Archer she did not want to return to Australia.

In turn, Mr Archer took Sammy back to Australia in an action the Family Court, on appeal, described as "abducting the boy".

But the court also noted the mother's appeal to the Hague Convention had been dismissed because "the child's removal was not wrongful ... because he was not habitually resident [in her home country] at the time".

"So he's still made a profit on this venture," Mr Archer says.

Dr M was used by the court for a further five years before AHPRA's disciplinary proceedings against him prompted him to stop acting as an expert witness.

He is now close to retirement.

A tribunal document reveals that Dr M suggested to the court he pull out of the Archer case "in light of the difficulties he was experiencing but the Family Court insisted that he remain".

In March, a report by the ALRC found there was no effective way of holding report writers to account if they failed to meet professional guidelines set by the court.

It found the standards were "not binding or enforceable, and there is no formal accreditation or monitoring process for compliance in place".

The ALRC recommended the federal Attorney-General Department take charge of the accreditation scheme for private family report writers and publish "a publicly available list indicating the particular expertise of each".

Dr M is an influential member of the Association of Families and Conciliation Courts (AFCC), which wants to run the proposed accreditation scheme.

In his 2017 submission on behalf of another professional body to a federal parliamentary inquiry, Dr M accused AHPRA of bullying and harassing psychologists appointed by the Family Court.

Another influential AFCC member is a psychologist, who was cautioned by AHPRA this year for breaching the privacy of a mother in a Family Court case by doing therapy in a wine bar.

Last year, one month before she learned she was under investigation by AHPRA, this psychologist told the ALRC in a submission that the regulator was "negligent, incompetent and uninformed" in its handling of complaints against Family Court expert witnesses.

She also lobbied Federal Parliament to curtail AHPRA's powers while Dr M was under investigation in 2017.

In a submission to a parliamentary inquiry, she cited Dr M's case as an example of a parent trying to use AHPRA's complaints process to intimidate an expert witness during a case.

"The practitioner reports that AHPRA not only asked for and received his report but conducted an investigation concurrently with the Family Law proceedings," she said.

Mr Archer rejects this, saying he complained about Dr M's dealings with him before the report was even delivered but AHPRA took years to act.

"The damage was done. It lost my son a loving relationship with his dad ... and with half of his family," he says.

"My son's grandmother passed away earlier this year. I hope his grandfather gets to see him before he's too old but I really can't be absolutely sure.

"I used to joke that after the Family Court case, I was going to go to Guantanamo Bay for a holiday.

"But the torture that the children go through, makes what the adults go through seem like nothing."

AHPRA did not respond to the ABC's request for comment.

A spokesperson for the Family Court of WA said it was "inappropriate to comment on any specific case".

Dr M did not respond to attempts by the ABC to seek comment.