An abused boy is saved by a note from a waitress

A waitress in Orlando called 911 to report an abused child after she wrote him a note asking if he needed help. 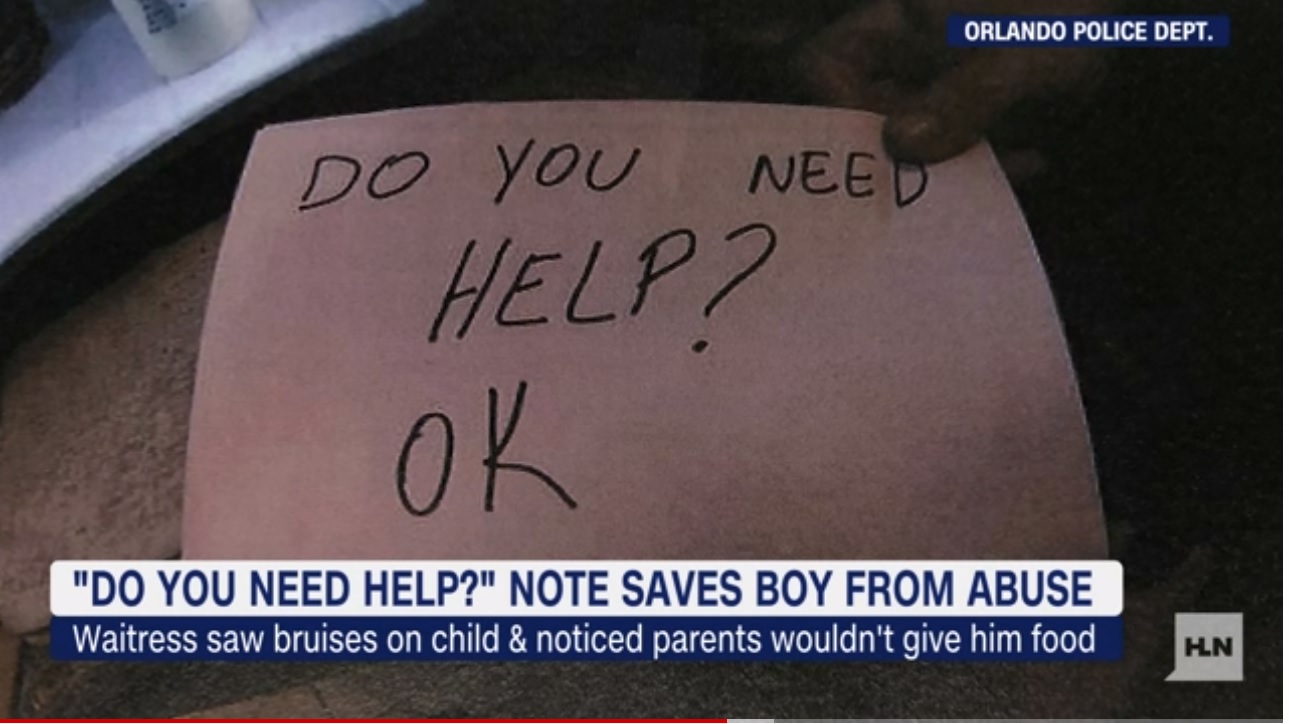 "It takes courage." A waitress in Florida is being called a hero for recognizing the plight of a little boy, and getting creative in order to get him help. 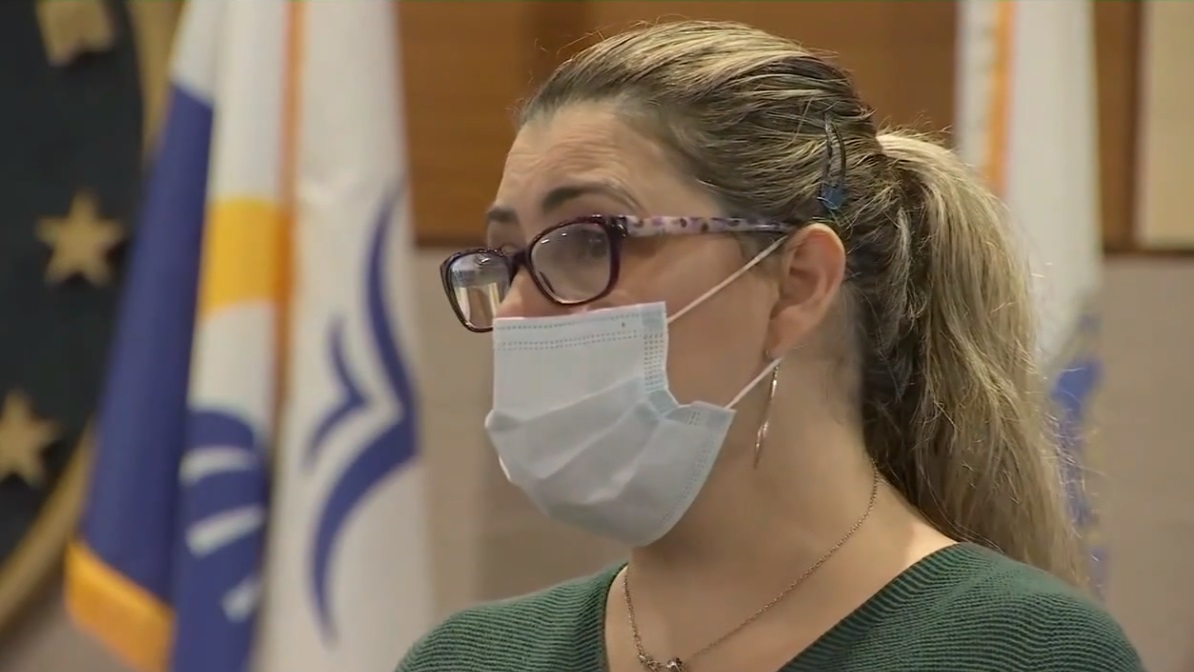 ORLANDO, Florida -- An Orlando waitress told police she knew something was wrong when an 11-year-old boy sitting at one of her tables was forbidden from ordering anything to eat. Then she noticed the bruises on his arms and face.   The waitress, Flavaine Carvalho, concocted a plan. She wrote "Do you need help?" on a piece of paper and held it up to the boy from where his parents couldn't see from their booth at Mrs. Potato Restaurant. She told police it took three tries before the boy signaled "yes." Carvalho called police. Now she's being credited as helping to save the boy from what police called a "dangerous abuse" situation. "This could have been a homicide situation if she had not intervened," Orlando Police Chief Orlando Rolon told ABC affiliate WFTV. The owner of the restaurant, Rafaela Cabede, said she credits what took place to a higher power. She said Carvalho wasn't scheduled to be working the night she spotted the child. She was only there because another employee called out. And the family was sitting at the only table in the restaurant where Carvalho would have been able to hold the sign up to the boy without the rest of his family seeing.   They were also the last table of the night, allowing Carvalho to pay more attention to the family. "We understand that this has to encourage other people that when you see something, say something," Cabede said. "We know when we see a situation that is wrong, we know what's the right thing to do. We know that speaking up is the right thing to do. But it takes more than acknowledging it. It takes courage." "The lesson here for all of us is to recognize when we see something that isn't right to act on it... This saved the life of a child," Rolon said. SEE ALSO: Teens form human chain to rescue 2 kids from icy pond in New Jersey

The boy's stepfather, Timothy Wilson II, 34, was arrested on one count of third-degree child abuse. In interviews with detectives, they said the boy told them his stepfather hit him with his fists, a wooden broom and a back scratcher. The boy told detectives he was hung upside down from a door frame by his ankles and, in another instance, strapped to a furniture dolly. Police said the boy also said he regularly wasn't allowed to eat as punishment. He was 20 pounds underweight.

"To be honest what this child had gone through was torture," Detective Erin Lawler said. "There was no justification for it in any realm of the world. I'm a mother and seeing what that 11-year-old had to go through, it shocks your soul." After police learned the additional details of the abuse, they said they arrested Wilson again on multiple counts of aggravated child abuse and child neglect. Police said when they interviewed the child's mother, Kristen Swann, she admitted to knowing about the abuse and failing to seek medical care for the boy. She was arrested and charged with two counts of child neglect. Investigators said both the boy and a 4-year-old girl were removed from the couple's custody by the Department of Children and Families. They said there was no evidence of physical abuse to the girl. Police said the family had recently moved to the area and were staying at an extended-stay hotel.

If this happened in Ottawa, the Police would find a way to charge the father and release the child in danger to the mother