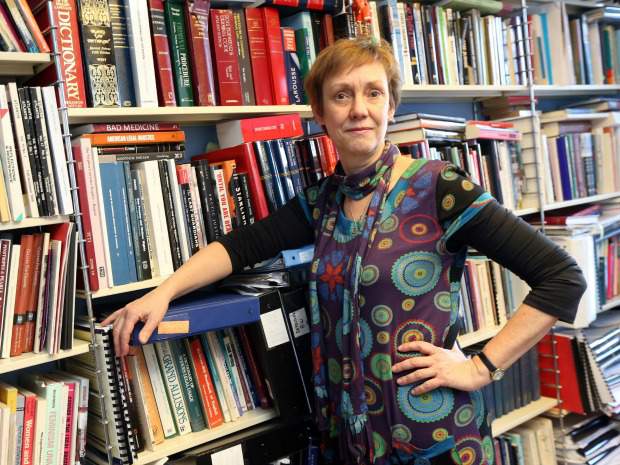 Elizabeth Sheehy is a law professor who's book on battered women who kill their abusive male partners will be published Dec. 15.

When ideology takes up the brain space normally reserved for reason and the golden principle of equality under the law, the very best minds can go AWOL.

That seems to be the case with University of Ottawa law professor Elizabeth Sheehy,whose new book, Defending battered Women on Trial, will be released Dec 15. Professor Sheehy’s thesis is that women who experience extreme chronic abuse from their male partners should have the right to kill them pre-emptively — in their sleep, say, or when they least expect it — without fear of being charged with murder. Murder involves a mandatory minimum — 25 years for first degree murder and 10 for second-degree — and this, according to Sheehy, constitutes a “huge, huge barrier” to such women.

Sheehy’s solution is a “statutory escape hatch” that would preclude mandatory minimum sentences. In fact, Sheehy would prefer battered women be charged with manslaughter, in which case they could argue self-defence “without bearing the onerous consequence of failure.” “Why,” she asks, “should women live in anticipatory dread and hypervigilance?” She likens such women to prisoners of war, and their lives with their abusers as a similar form of captivity. Just as it is the duty of prisoners of war to kill their captors in order to escape, she claims our attitude should be, “you were right to kill to save your own life.”

Sheehy’s “logic” is flawed on many levels. To start with the obvious, the situation of psychologically imprisoned women in homes cannot be compared to physically constrained soldiers. Battered women are almost never physically imprisoned and, except in rare, geographically isolated cases, can, but choose not to, escape. Women’s shelters abound throughout  Canada. And, as has been illuminated in a number of high-profile cases of intimate partner violence allegations, police are highly sympathetic and responsive to abused women’s pleas for help.

That women with psychological problems do elect to stay with their abusers — it’s called “learned helplessness” in the jargon — is a matter for psychologists, not the law. In fact, “battered woman syndrome” (BWS) is merely a theory, with the “science” behind it too flimsy to support any change to the legal codes. (See David M. Paciocco’s 1999 book, Getting Away with Murder: the Canadian criminal justice system. Ironically, Paciocco was a colleague of Sheehy’s at Ottawa U’s law faculty.) Moreover, BWS has been rejected in other high courts, such as Australia’s, which used Canada as a (negative) precedent.

Sheehy says that charging battered women with murder is “so arbitrary when you know that there’s no other way that a woman can spontaneously defend her life.” But “spontaneous” suggests that the woman’s life is in imminent danger, in which case a plea of straightforward self-defence is available to her. That is not the the BSW defence, which argues precisely the opposite – that only these particular women should be allowed to kill with calculation aforethought and be exonerated anyway. In BWS cases, there is always a question of whether there was “no other way” to handle the situation. Instead of killing him in his sleep, why not leave in his sleep? Spontaneity is not applicable here. Sheehy’s proposal would effectively make battered women the police, judge and jury in their own cases.

What about children who are chronically abused? Can they kill their parents with impunity? After all, child battering is an even greater abuse of trust than intimate partner violence

But let’s take Sheehy’s curious strain of logic to its own conclusion. In a recent case in Toronto, a wife prodded her new boyfriend to torture her husband for months. Would he meet Sheehy’s standard for statutory escape if he killed her? What about lesbians whose partners are extremely abusive (yes, it happens)?  What about children who are chronically abused? Can they kill their parents with impunity? After all, child battering is an even greater abuse of trust than intimate partner violence. What about the police? Should we endorse the killing of criminal suspects they know are a future high-risk danger to society?

Sheehy says that a third of the male-partner killings she studied – 29 of 91 – resulted in no conviction or charges, and professes to be “pleasantly surprised” about that.  Any objective observer would find that ratio quite high and proof that the law already takes a highly sympathetic view of BWS. Sheehy is clearly not objective. She is an ideologue, whose gender-biased advocacy has been honoured by the Canadian Bar Association. Which begs the questions: How can a Bar Association throw centuries of hard-won legal protections out the window in the name of political correctness? And how can a faculty of law endorse such intellectual corruption in their classrooms?

Elizabeth Sheehy should be charged with promoting hatred, of intimidation of justice officials etc. More appropriately, she is a domestic terrorist, who is singlehandedly responsible for promoting domestic violence and murder by women against men , and coaching female psychopaths to kill their male partners.

She is a professor at Canada's fascist institution, the University of Ottawa that promotes hatred towards men.

She is one of the reasons that we have a corrupt fascist Ottawa Police and an equally fascist judiciary in Ottawa who seem themselves as the enforcers for Gestapo style justice.

Fascist Germany just targeted the millions of Jews, an ethnic minority. Elizabeth Sheehy targets 50% of the population of Ontario, males.

If you have inside information on this promoter of violence and murder towards fathers, send an email to info@ottawamenscentre.com or call 613 797 3237