Shannon Sargent, 34, was found dead in her cell at the Ottawa-Carleton Detention Centre Wednesday morning. She recently had heart surgery.

Friends of Shannon Sargent say there’s “no way” she should have been thrown in jail just 10 days after undergoing open-heart surgery.

Sargent, 34, was found dead in her cell at the Ottawa-Carleton Detention Centre Wednesday morning, and while details of her death are scarce, it is believed her death is medical-related.

Now, her friend Jessica O’Ree — who is listed as Sargent’s next-of-kin in both hospital and OCDC records — is questioning why she was taken there in the first place.

“I don’t know why she would be kept in custody after having heart surgery, and she was picked up on warrants — she wasn’t even caught doing anything,” O’Ree said Wednesday. “Why wouldn’t they just give her a promise to appear (in court) or put her in the hospital in custody?” Shannon Sargent, 34, was found dead in her cell at the Ottawa-Carleton Detention Centre Wednesday morning. She recently had heart surgery.

O’Ree last saw Sargent on the weekend, when she picked up her friend following surgery at the Ottawa Heart Institute at the Civic campus of the Ottawa Hospital.

Sargent stayed the night Friday, and had left by morning.

O’Ree believes Sargent was picked up by police on outstanding warrants the following day.

Sargent had a long history of drug-related offences and breaching court-ordered conditions, and was due in the Ottawa courthouse Wednesday. She was involved in three ongoing cases, most recently for two counts of drug possession from earlier this year.

Sargent was known to frequent the Shepherds of Good Hope shelter downtown, which was listed in court documents as her last known address.

Her death — the third death of an inmate at OCDC in four months — has intensified the spotlight already shining on the beleaguered Innes Road facility. 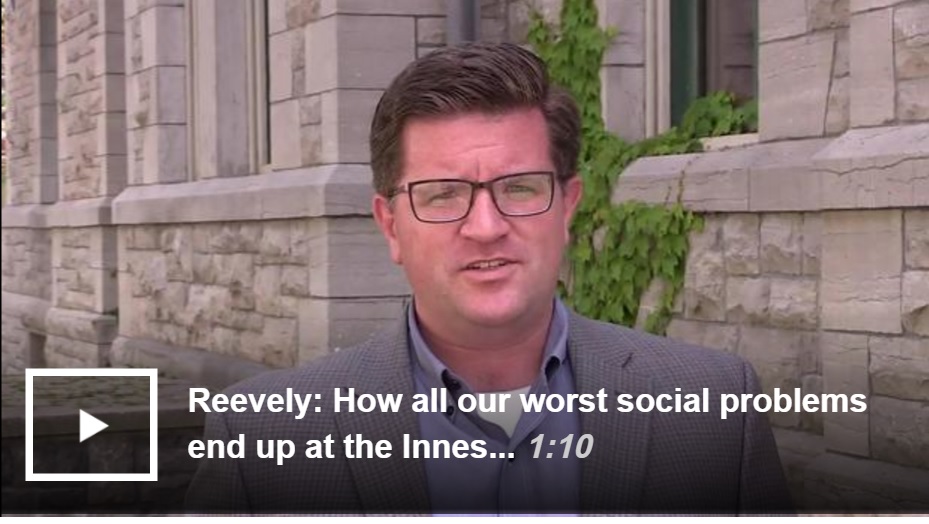 While the timeline of events is unclear, it is believed Sargent was taken to hospital following her most recent arrest, and at some point she was transferred back to OCDC, where she later died in her cell.

“I don’t know why they wouldn’t keep her at the hospital. It’s baffling to me why they would bring her back to the jail when she just had open-heart surgery,” O’Ree said, questioning whether the “stressful” environment of the jail may have contributed to her medical situation.

“I can’t comment on the specific case, but what I can say is we don’t refuse to give care to anybody … When a patient presents to emergency, they are triaged, they see a (registered nurse) and then we follow the standard of care,” she said.

“I’m confident that nobody was denied care.”

Hartwick deferred all further inquiries to the Ministry of Community Safety and Correctional Services.

Ministry spokesman Brent Ross confirmed the death of a female inmate, but declined to answer questions around the details of her death, citing multiple ongoing investigations.

When asked directly about the quality of medical assistance provided to an inmate with a history of heart problems, Ross replied it would be “highly inappropriate” for the ministry to offer public comment on “an individual’s private health information.”

When pressed further, Ross said the ministry would make no further comment.

O’Ree said Sargent had a lengthy history of heart problems, and was already living with a replacement heart valve and pacemaker prior to her recent surgery.

O’Ree was also briefly incarcerated at OCDC, and spoke of a negative experience with her own medical issues.

“We all have our issues, but she did what she had to do to survive. And being an addict, you don’t always get the help you need right away, and it’s discouraging, so a lot of addicts go back to using,” O’Ree said.

“She was going to a residential program, she had an appointment Monday to get into treatment. She wanted to turn her life around. She’s had a rough life.”

Raised in Belleville, Sargent was a mother to three children — two sons and a daughter — who O’Ree said were no longer in her care.

She was going to a residential program, she had an appointment Monday to get into treatment. She wanted to turn her life around

O’Ree said Sargent had little contact with her family, believed to still reside in the Belleville area.

Sargent lived with O’Ree for a time in Ottawa, but “bounced around from here to there.”

She was picked up by Belleville police at age 22 in a 2004 sting operation dubbed Project Longarm, netting charges of possession for the purpose of trafficking cocaine and marijuana, along with a breach of court-ordered conditions.

She had prior convictions in 2006 and 2008 for similar drug-related offences, and was arrested again in 2010 when police raided a central Ottawa crack den.

Sargent is the third inmate to die in OCDC custody since March, as the notorious jail is facing a crisis that prompted then-minister of correctional services and community safety Yasir Naqvi to assemble a task force to address issues of overcrowding and widespread health and safety concerns.

Yasir Naqvi speaks outside the Ottawa Courthouse on June 1.

In late March, 59-year-old inmate Ronald Marion died of a heart attack in hospital, after reportedly complaining to OCDC medical staff of feeling unwell for several days before collapsing in the jail’s medical facility. His family has demanded a full inquest into the man’s death.

Two weeks later, on April 12, Yousef Hussein, 27, hanged himself while awaiting trial in solitary confinement in the jail’s maximum security section. He had been taken off suicide watch days before taking his own life.

O’Ree is demanding a coroner’s inquest into her friend’s death, and hopes Sargent’s death will be a catalyst for change.

“I just hope that something good comes out of this,” she said. “She was loved by a lot of people and she’s going to be missed.”

are going to leave in a body bag.

Being sentenced to Jail in Ottawa is for many a death sentence and it generally falls upon those who least deserve it.

Female inmates make up a small percentage of inmates at the Ottawa Jail and where Females receive generally far superior care than male inmates.

Now Ontario Attorney General is the former minister for "public safety" a name that is designed to provide a political illusion.

number of inmates in Ontario and now, as Attorney General, acts to protect those who have created and continue to abuse

Yasir Nasqvi want to puke. He supports corrupt police, corrupt judges and in particular, corrupt Crowns and those public officials

in Ottawa that are economic and social terrorists.

except their own short term political survival.