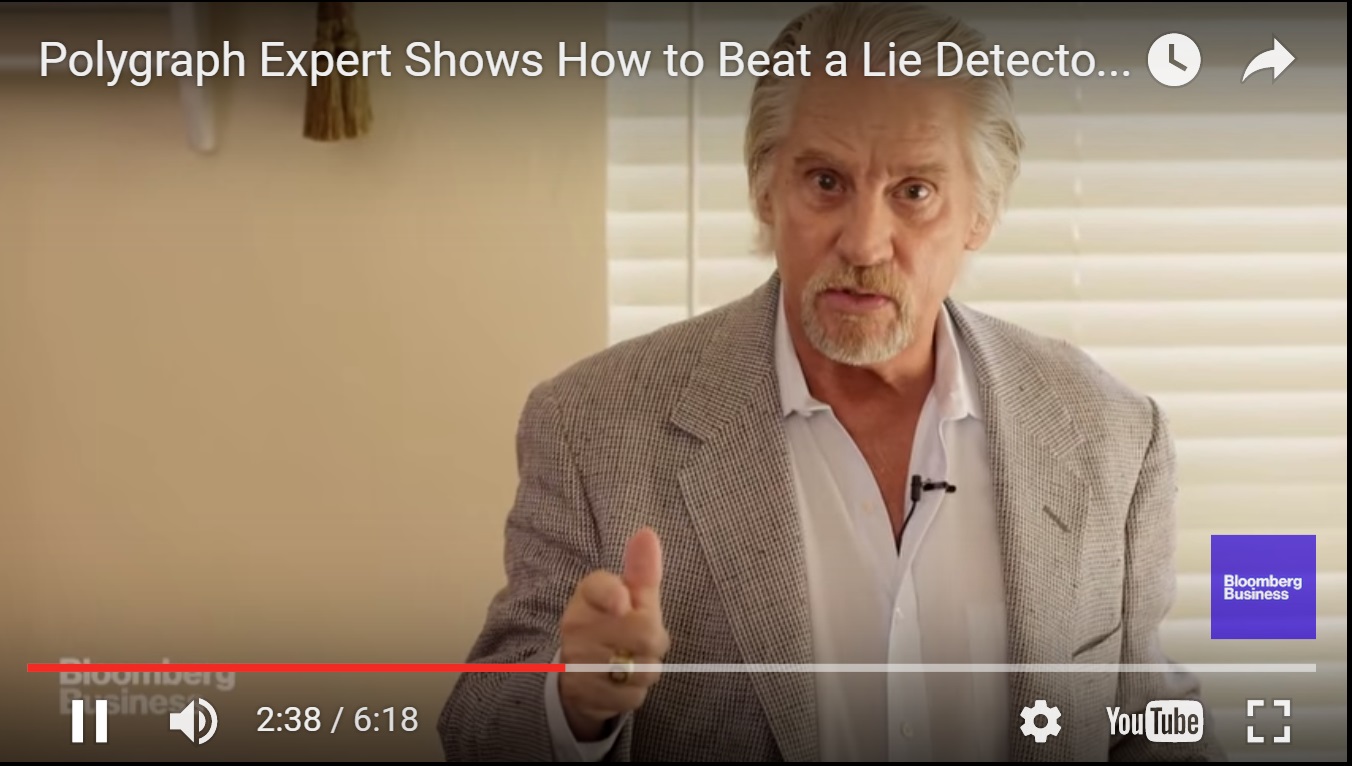 Lots of government employees take their skills into the private sector where they make a healthy living telling clients how to beat the system. But for Doug Williams, it didn’t work out so well. The former Oklahoma City police officer faces up to 20 years in prison after pleading guilty to federal charges that he operated a business that trained people how to successfully lie during polygraph tests.

Williams, 69, abruptly ended his trial this week when he decided to plead guilty to five counts of obstruction of justice and mail fraud after he was caught in a sting operation by undercover federal agents posing as customers who wanted to cheat a lie detector test—a service Williams openly advertised on his website, Polygraph.com. The Website has since been shut down. The federal indictment is here.

Showing a person techniques to use during a lie detector test isn’t a crime. Knowingly helping someone who admittedly broke the law to successfully lie on a government polygraph is obstruction of justice—and that’s what led to the arrest of Williams, who spent 10 years as the OCPD’s internal polygraph division before leaving the force in 1979.

“I haven’t lived this long and f**ked the government this long and done such a controversial thing that I do for this long and got away with it without any trouble whatsoever by being a dumbass,” Williams said to the undercover agent, according to the indictment.

In another sting operation, Williams agreed to help an undercover agent posing as a police officer who was applying for a job with Customs and Border Protection and was asked to take a polygraph. He explained that had used drugs and had sexual contact with a 14-year-old girl and he didn’t think he’d pass the lie detector test. Williams agreed to help the agent lie.

Contacted by phone, Williams hung up when asked for comment by Vocativ.

and is in jail simply for protesting

"the loudest and longest against the polygraph".

Take a look at this ex cop on YouTube

99% of the advice in this video is very accurate.

A message from Doug Williams regarding the charges, mail fraud etc.

Polygraphs are used by Police Forces to abuse.

If you OFFER to take a polygraph, you need to know

of Police fabricating evidence to be the evidence they want to see.

Polygraphs as the man says, are no better that random tosses of a coin

and who trusts police polygraph operators is entirely remote.

If you are considering paying a private polygraph operator, generally

an "EX COP", be warned that you are most probably being ripped off

real professionals in a real occupation.

Doug Williams is in Jail because he "spoke the truth" that the police did NOT wish to hear.

There appears to be nothing illegal about what he did.

The fact is, Polygaphs are used by Police for CRIMINAL PURPOSES.

IN Ottawa, Ontario, the Ottawa Police use Polygraphs to not to allow someone to

prove their innocence but as a weapon of intimidation,

"sorry, but you failed the polygraph" which can and does cause

when the result is well known to be as good as flipping a coin?

When every criminal lawyer warns their clients to forget the idea

of using a polygraph to prove innocence?

Doug Williams will appreciate your letter of support and of course

send him a money order for his canteen account.

Letters and money are very important to victims of political prosecutions.

If you're a polygraph victim, please share your experiences with Doug.

You can write to him while in prison, at the following address:

Make your money order out to Douglas G. Williams and just attach

it to the letter.

Note: even his social security payment is stopped while he is in jail.

Doug wants to hear from you. If you want to brighten his day, or if you're a polygraph victim, please share your experiences with Doug. You can write to him while in prison, at this address: