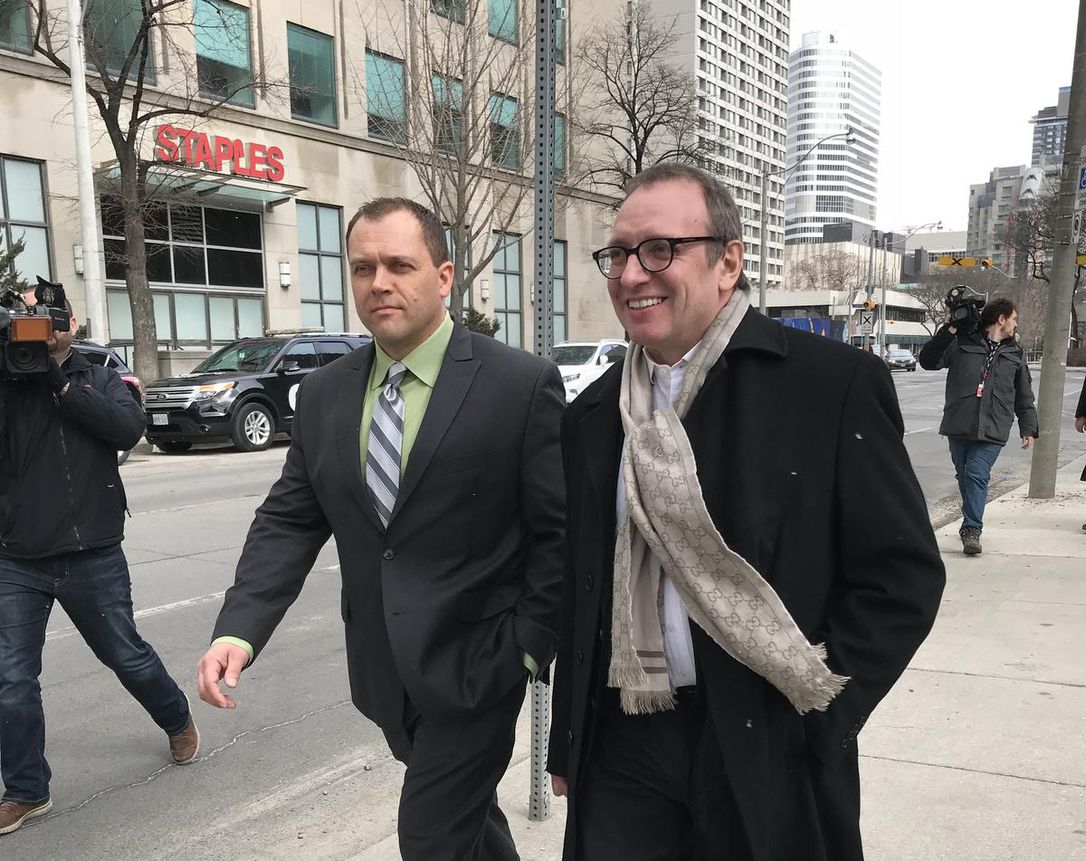 Jailed Hamilton police officer Craig Ruthowsky has lost his bid for freedom pending appeal after being convicted of corruption charges.

“I am persuaded that his appeal contains grounds that are not frivolous, that he will more probably than not surrender himself into custody, and that he does not pose a risk to the safety of the community,” wrote Court of Appeal Justice David Paciocco in a decision released Wednesday.

“However, I am not satisfied that a reasonable member of the public would conclude that his detention pending appeal is not necessary in the public interest,” he wrote.

“This is because he has been convicted of serious offences that were committed in extremely aggravated circumstances.”

In these circumstances, “a reasonable member of the public would conclude that the interest in the immediate enforcement of his lengthy sentence outweighs the interest in releasing him pending the appeal of his conviction and sentence.”

Ruthowsky was convicted of bribery, attempt to obstruct justice, criminal breach of trust and trafficking cocaine after a 25-day jury trial in Toronto.

Ruthowsky is appealing both his conviction and sentence.

He is still facing more than a dozen criminal charges this fall.

One of Ruthowsky’s grounds of appeal is that the trial judge demonstrated a reasonable apprehension of bias in the way he conducted the trial.

On July 1, 2012 a constable Van T. Nguyen No. 952 Fabricated evidence that a witness saw an assault when he knew that the witness could not have been a witness because that witness arrived at the scene after the arrival of a second police car driving by a second police officer a Samuel Wayne Smith No. 880.

Cst. Smith is one of Ottawa's nastiest cops with a reputation for arresting male victims of domestic violence. He is a cowardly abuser of victims of abusers. He is also a "child abuser". This lowest form of life, arrests male victims of domstic violence who are full time parents to remove children from the care of a male and place them with a violent female. He really believes he has the power of god, and he does, because he is employed by Ottawa's largest Criminal Organization, the Ottawa Police.

It gets worse, Van Der Zander's bosses at the time were Sgt Isobel Granger and Sgt Norm Friel. It goes on, all the way to the Chief of the Ottawa Police who handed the complaint to his assistant to keep his name at least on the surface, from being tainted by this collection of Ottawa Criminals masquerading as police officers.

If you have any information regarding these criminals above, send an email to info@ottawamenscentre.com