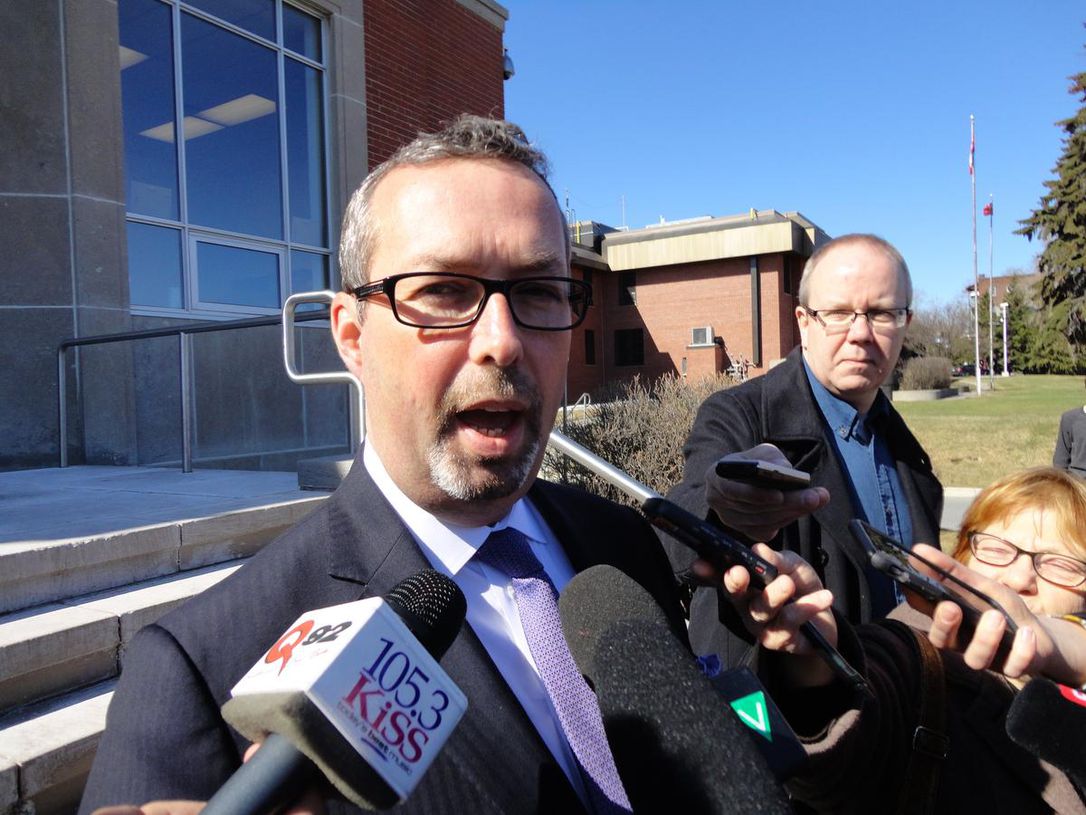 In a scathing judgment well known in Toronto legal circles, Superior Court Justice Ian Nordheimer put a temporary halt to the start of a man’s trial for drug offences in 2016 after sharply criticizing the income threshold to qualify for legal aid funding in Ontario.

“It should be obvious to any outside observer that the income thresholds being used by Legal Aid Ontario do not bear any reasonable relationship to what constitutes poverty in this country,” Nordheimer, who has since been appointed to the Ontario Court of Appeal, wrote at the time.

With the heightened scrutiny on delays in the criminal justice system, which can lead to cases being tossed for violating an accused person’s right to be tried within a reasonable time, one area that experts have said warrants further attention is the chronic underfunding of legal aid.

Many of those who can’t get legal aid are left with no choice but to represent themselves. Self-represented litigants, who don’t always know how to navigate the courts, can end up clogging the system, legal experts say.

Alarm bells have been ringing for years, and continued to do so in 2017 in two major reports, one from the Senate that studied court delays, and the other in a House of Commons report on legal aid funding itself.

Yet so far there has been little to no action on the part of the federal or provincial governments to ensure legal aid is accessible to all those who truly need it.

“Many accused persons do not qualify for legal aid, and yet cannot afford a lawyer,” says the massive June 2017 report on court delays from the Senate committee on legal and constitutional affairs.

“This is a cause of delays identified during the course of our study. Unrepresented accused persons face the complexities of the justice system on their own. Judges and Crown prosecutors must take more time to ensure that the accused person is not only treated fairly, but that he or she understands the procedures and decisions that must be made.”

The report, titled “Delaying justice is denying justice: An urgent need to address lengthy court delays in Canada,” was the result of a study of court delays across the country and testimony from numerous judges, lawyers, academics, bureaucrats and others.

The man in the case over which Nordheimer was presiding had been denied a legal aid certificate to pay for a criminal defence lawyer because he was making about $16,000 a year — more than the income cut-off in 2016 for a single person, which was close to $12,000.

And yet today, even with the annual six-per-cent increases to the threshold instituted by the previous Liberal provincial government, the man may still have been denied funding, as the cut-off is now close to $14,500.

As Nordheimer pointed out in his ruling, Statistics Canada had calculated the low-income cut-off, before tax, for a single person living in a metropolitan area in 2014 at $24,328 “or more than twice the figure that Legal Aid Ontario uses,” he wrote. (The cut-off was $25,338 in 2017.)

Nordheimer ruled that the government pay for the man’s lawyer so that the trial could get underway. But many others who cannot afford a lawyer are not always so lucky.

While the bulk of legal aid funding is provided by provincial governments, which are responsible for the administration of the legal aid plan, a portion comes from the federal government, which several witnesses told the Senate committee is far too little.

The committee ended up recommending that federal Justice Minister Jody Wilson-Raybould undertake a full-scale review of legal aid plans “with a view to bringing access to legal aid up to acceptable levels” across the country.

“The committee strongly believes that having an adequately resourced legal aid system in criminal matters is an essential tool to prevent delays and to maintain the integrity of our justice system,” the Senate report concluded.

Wilson-Raybould told the committee in her official response that her department would continue to monitor legal aid funding and review data.

Fast forward to a year a later, and the federal government’s bill to revamp the justice system with a view of reducing delays has no provisions for legal aid. (The last federal increase to criminal legal aid funding, $88 million over five years, was in the 2016 budget.)

Ontario’s new attorney general, Caroline Mulroney, has not said whether she will further increase provincial funding to the legal aid plan. A spokesperson told the Star last week that Mulroney is always open to hearing from lawyers and experts to “investigate ways of ensuring that people are able to equitably, affordably and expediently access the legal system.”

Self-represented litigants can cause delays for a variety of reasons in criminal court, said Criminal Lawyers’ Association president Michael Lacy. These include: an inability to make “appropriate concessions” with the Crown to limit trial time, the need for the judge and the Crown to take more time to explain the process to the defendant, and a lack of familiarity with how to proceed with applications such as how to get third-party records or to cross-examine a sexual assault complainant on prior sexual history.

“The thresholds for eligibility are not regional dependent and bear no resemblance to the modern realities. Someone, for example, living in the GTA and who is barely able to meet their daily demands will not qualify for Legal Aid because of the Ontario-wide income eligibility cut off,” Lacy told the Star.

“When the provincial and federal governments invest in more judges, more Crowns, more court space and more staff, they have to proportionately invest in Legal Aid and mandating that it be used for the issuance of criminal certificates. Doing so would permit Legal Aid to ensure that eligibility criteria are more realistic and the working poor qualify for certificates.”

Criticism of the underfunding of legal aid is long-standing and not limited to any one province. The issue was studied in depth by the House of Commons’ standing committee on justice and human rights, which released its report just a few months after the Senate’s report on delay.

“The testimony and briefs provided to the committee revealed the need to increase funding for legal aid to promote access to justice,” says the House committee report. “Indeed, the evidence heard was consistent on one point: the demand is greater than what can be supplied with current resources.”

The committee’s recommendation was blunt: “That the federal government further increase its funding contribution to the provinces and territories for the delivery of legal aid services.”

“The committee is convinced that making investments in legal aid will pay off elsewhere, in decreased court delays and overall costs to the justice system and in reduced use of other services such as healthcare and social assistance,” the committee concluded. “As the committee heard repeatedly from witnesses, action is needed now.”

In her official response to the House committee, Wilson-Raybould simply reiterated that in the 2016 budget, the federal government included an increase of $88 million for criminal legal aid over five years, with $30 million annually starting in 2021.

But those extra dollars had already been flagged as a concern months earlier by the Senate report on delay.

“We fear ... that this will be insufficient to address the demand for legal aid services,” said the Senate committee.

Ottawa criminal defence lawyer Michael Spratt, a vocal critic of many of the federal Liberal government’s reforms to the criminal justice system, describes the legal aid situation as the costs of justice being downloaded from the federal level to the provincial level and ultimately on the backs of unrepresented accused persons.

“On other types of legislation, we see detailed costing, financial accountability, but that never happens with criminal justice legislation, no one ever asks how much is this going to cost in increased prison population, in increased court time,” he said of the government’s recent proposed legislation to reduce delay, which does not take legal aid into account.

“It is politically difficult to say that we're going to spend that money to help people who are presumed innocent to defend themselves against very serious criminal charges.”